THEY say a picture can tell a thousand words.

In the case of a Michael Willson picture, it can sometimes tell 10,000.

Willson has taken some of the AFL's most iconic photos, and in the latest In The Game podcast with Damian Barrett, he goes behind the lens and reveals some incredible background behind the snaps.

Willson reveals the full backstory to his Tayla Harris photograph and his initial reservations about publishing an image of Mitch Clark being consoled by Geelong coach Chris Scott in 2015. 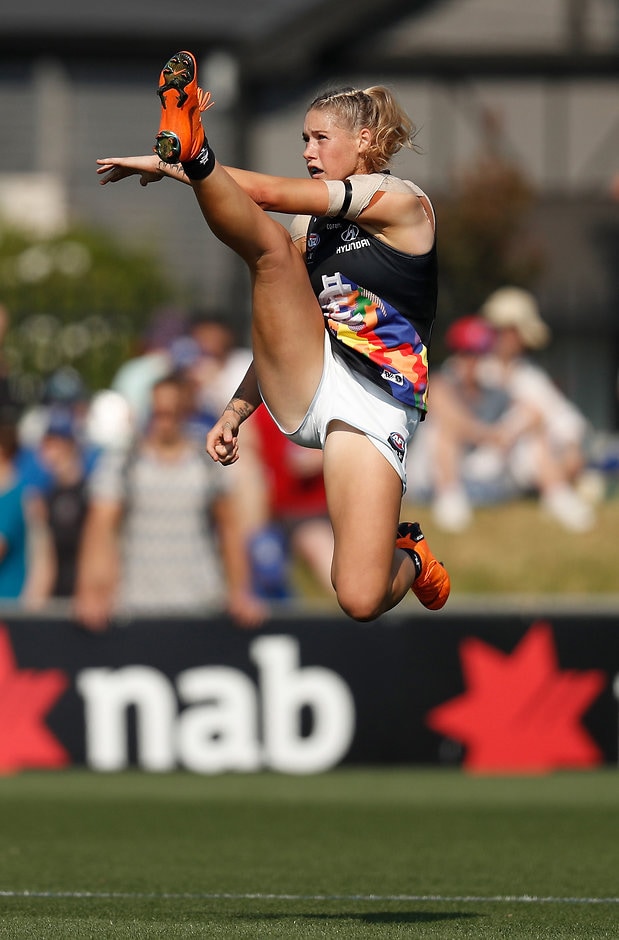 Willson admits he had reservations about publishing this photo of Chris Scott and Mitch Clark in 2015.

He also details the moment that the raw emotion being displayed by a Hawthorn footballer in Grand Final week was so powerful that he chose not to capture it with his camera.

And who is his favourite AFL player to photograph? It's a left-field answer.

Find out in this week's episode.

Find In the Game on Apple Podcasts, Google Podcasts or Spotify

8:55 – 'People are heroes behind their keyboards'

10:57 - A surprising favourite player to photograph

16:28 - Wrestling with the Mitch Clark moment