WITH two games already in the vault, we still have a huge weekend of football on the cards. Plenty of rookies have been named over the past few days and locking them onto your bench should be the first thing you do today.

So get your team locked and loaded and ready for the remaining seven games.

Teams have dropped for the Saturday games, with some Sunday rookies already announced. There are plenty on offer.

Note: Hawthorn named Connor Downie (MID, $202,000) to debut, however he will be the medical substitute and you should steer clear.

Yet to be named

NOTE: These teams will be announced at 6:20pm AEDT on Saturday.

ALL THE TEAMS Check 'em out here

In AFL Fantasy your captain scores you double points for that week. Here are Calvin's top five picks from the games to come for you to consider.

No.1: Max Gawn v Fremantle – plays the rookie Lloyd Meek, this could get nasty.

No.2: Zach Merrett v Hawthorn – scored 153 on the Hawks last year and is ready to fire.

No.3: Andrew Gaff v Gold Coast – back at home and against a team he dominates.

No.4: Patrick Dangerfield v Adelaide – Loves playing his old team who give up plenty of points.

No.5: Tom Stewart v Adelaide – Port took 190 marks against the Crows in the AAMI. Bang!

It's not too late to play

If you didn't get around to picking an AFL Fantasy Classic team this year, it's not too late to select a squad of 30 players and be a chance to win a TOYOTA HILUX valued at $60,000.

While you may have missed out on Dustin Martin or Jack Macrae, there's plenty of options from the remaining 14 teams to pick from.

Here's a team made up of players who are yet to play and has $15k left out of the $13m salary cap. Remember, as each game starts this weekend, players from that club will be locked. 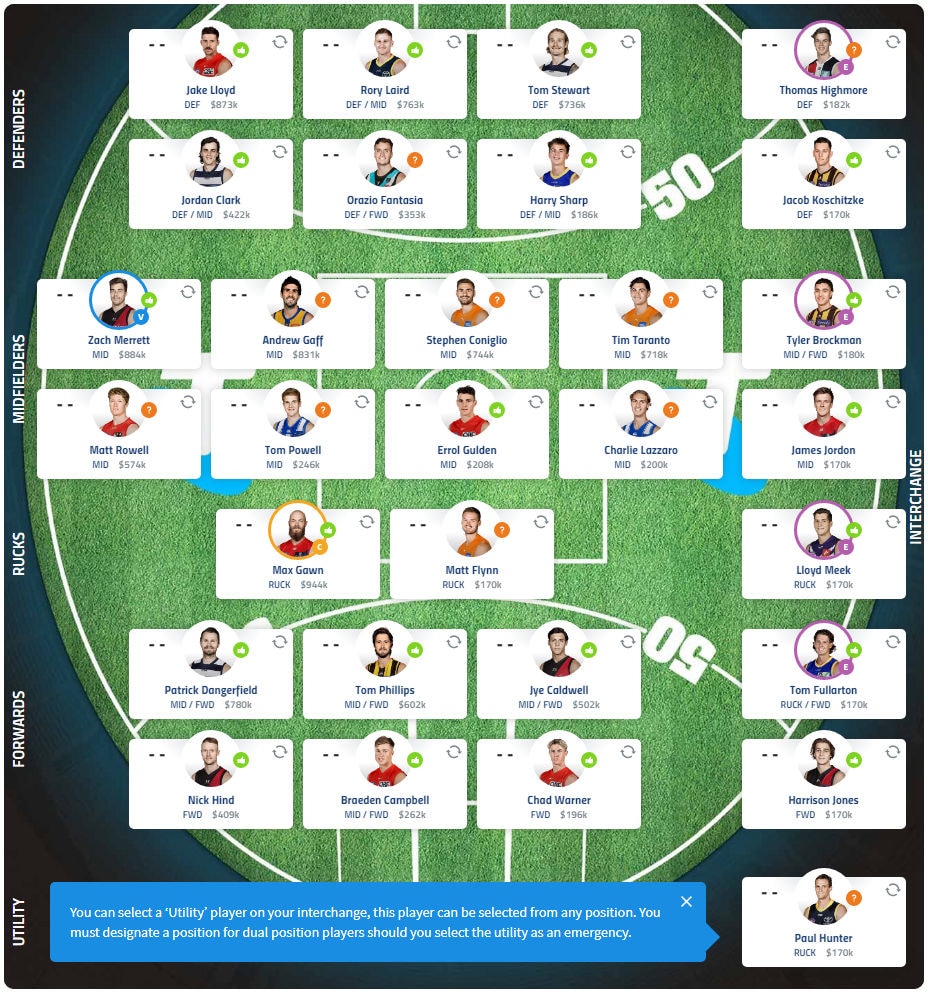 Five factors to decide if Freo's way to go is up