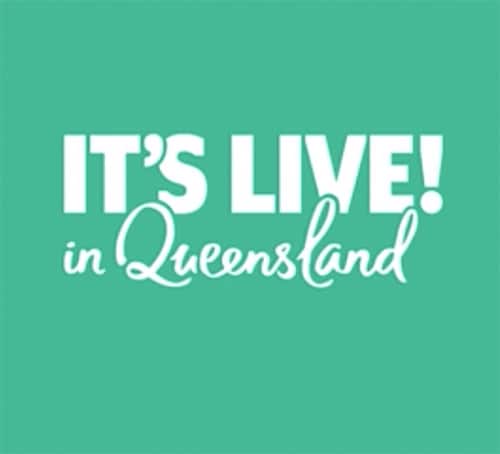 THE 2020 Toyota AFL Premiership Cup has finished its 11-day trip around the sunshine state, with stops on the Gold Coast and Sunshine Coast rounding out the extensive itinerary this weekend.

In the final stop of the tour, Gold Coast young guns Matt Rowell and Noah Anderson joined AFLW players Sam Reilly and new recruits Maddison Levi and Wallis Randell at Metricon Stadium with the help of some of Queensland Surf Life Savers and Nippers.

On Friday, the cup was joined by Brisbane AFLW star Kate Lutkins and Lions draftee Zimmorlei Farquharson for a visit to the Cobb and Co Museum, before heading to Toowoomba's city centre for a meet and greet with local AFL fans.

Rockhampton locals were given their chance to touch the Cup when it stopped at Frenchville Sports Club, while Gladstone Suns players turn out en masse at Bill Robertson Toyota to get their photo with the Cup as it came to town.

On Thursday, Wallaville Lemon Farmers got a taste of the Cup at the Carter and Spencer Ranch.

Earlier in the week, the Cup went through the Mackay region, and mingled with a mob of kangaroos and wallabies on the stunning ocean shores.

Every morning at first light, Australia's iconic marsupials wander these shores with just one thing in mind; the need to choose between a frond of seaweed or a mangrove pod for their breakfast.

But today, for the first time ever, one kangaroo was given an entirely different choice; the opportunity to predict the winner of the 2020 Toyota AFL Grand Final.

Presented with the four teams still in the running, Molly the Roo predicted that the Geelong Cats will be lifting the 2020 Toyota AFL Premiership Trophy at the Gabba, Saturday 24 October.

The cup has also seen the amazing Museum of Underwater Art ... where divers played football on the ocean floor.

The Museum of Underwater Art (MOUA) in Townsville North Queensland is the only underwater art museum in the Southern Hemisphere and is a beautiful blend of art, science, culture and conservation.

It's a series of installations by underwater sculptor Jason deCaires Taylor to highlight reef conservation, restoration, and education. The focal point is a nine-metre stainless steel greenhouse structure with 20 life-size sculptures that have built on the Outer Great Barrier Reef divers can actually swim through.

Checking in from day four of the 2020 Toyota AFL Premiership Cup Tour at @Queensland’s Museum of Underwater Art ??#ThisIsQueensland pic.twitter.com/KHvlJVRBIt

Last Saturday, footy fans in Townsville were the latest to get up close and personal with the most important piece of silverware in Australian sport.

Rising Gold Coast star Ben King was on hand to greet fans who soaked up the sun as they grabbed happy snaps with the 2020 trophy in Townsville's The Strand.

To kick off the tour, Black nursed the cup to Cairns from Brisbane with thanks to Virgin Australia. The first stop was AFL Cape York House.

Gold Coast's Jack Bowes, who grew up in Cairns, was on hand to experience some of the best that Far North Queensland has to offer. He was joined by former Melbourne star Aaron Davey for a hot air ballooning adventure on Friday, before enjoying a tour of the Mandingalbay Yidinji country just south of Cairns.

The cup tour showcases some of Queensland's best tourism hotspots and footy communities, starting in Cairns and stopping in Townsville, Mackay, Rockhampton, Gladstone, Bundaberg, Toowoomba, Gold Coast, and the Sunshine Coast, before being hand-delivered onto the Gabba on Saturday, October 24 for the 2020 Toyota AFL Grand Final.

Tour dates for the community to visit the Cup:

Locals are invited to come down wearing their favourite AFL colours for a photo with the Cup, fun activities and more.

Friday 9 October: Cairns Esplanade Eastern Lawn (across from The Pier Bar,) 8-10am

Check out the final standings in AFL.com.au's Brownlow Predictor