It was set up with a five-goal-to-none first term and was the Tigers' first loss at their MCG fortress since round 12 last year and their first defeat in more than 12 months.

>> WHO CLOCKED THE BIG Ks? CHECK OUT THE TELSTRA TRACKER DISTANCE KINGS BELOW

In an unprecedented season, it was as uncharacteristic a performance as Richmond has served up since it motored to its drought breaking 2017 flag and the two seasons since.

Hawthorn didn't relent as triple-premiership wingman Isaac Smith and the returning Jaeger O'Meara led a midfield masterclass, with a late flurry of Richmond scoring opportunities opening up once the game was sealed.

Clarkson's men have now engineered wins over two of last year's top-six sides in the opening three rounds. More dominant showings like this will have them in the running for a top-four return themselves.

Oh my, O'Meara
Missing in last week's loss as he recovered from his facial fracture, the gun Hawk had a massive say in his side's win. As the Hawks set up the game in the first half, O'Meara was everywhere, gathering 16 disposals (seven contested) at 100 per cent efficiency and three clearances by half-time. Alongside Tom Mitchell and James Worpel, O'Meara adds a lick of polish to Hawthorn's midfield unit and balances out their mix. He finished with 23 disposals and a goal, and should get at least a couple of Brownlow Medal votes, too.

The non-tackling Tigers
For a side that has built its success on the back of hard running, forward-at-all-costs play and a tenacious defence, one of the most concerning aspects of the defeat for coach Damien Hardwick will be the lack of tackling from the Tigers. They registered just nine tackles in the first half (to Hawthorn's 20 tackles) despite having nearly 30 fewer disposals. Although things evened up after that (they lost the count 28 to 33), Richmond has come back from the break rusty, having managed just five goals last week against Collingwood and only five against the Hawks. In a shortened season they won't want to wait too long to recapture their mojo.

Hawks' faith in McEvoy pays off
Clarkson this week defended the Hawks' use of premiership ruckman Ben McEvoy in defence after the club's sluggish showing against Geelong, saying they planned to persist with McEvoy in the backline. McEvoy showed why against the Tigers. Lined up against last year's premiership centre-half forward Lynch, McEvoy clearly won the battle, taking four marks and limiting Lynch to one goal, which was kicked when he was matched against Hawthorn first-choice ruckman Jon Ceglar. 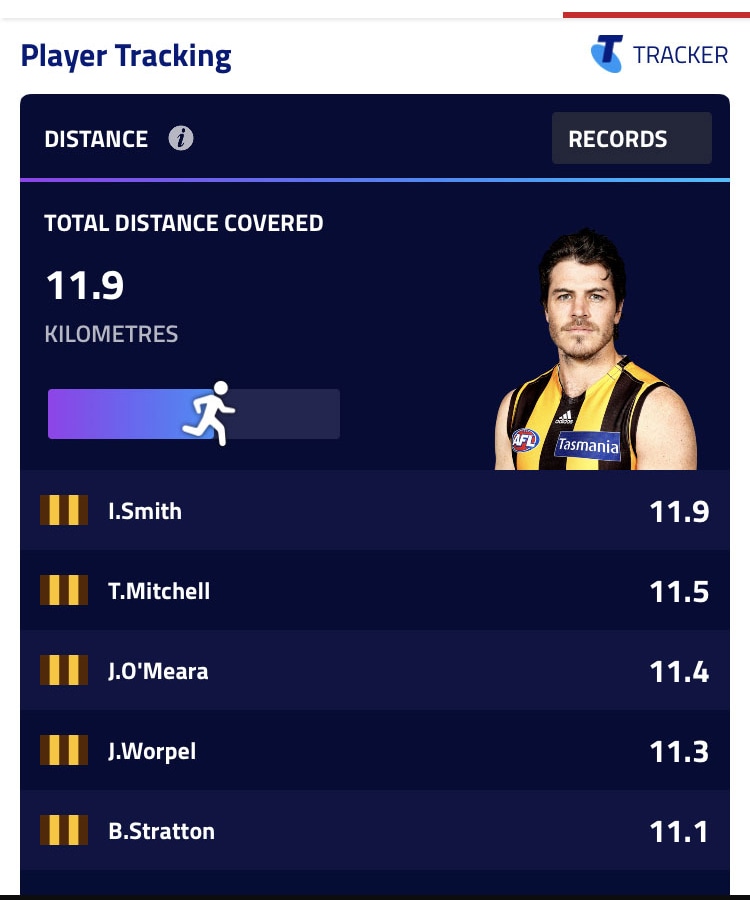