1. Guess who got their first career vote for just eight disposals?

There's always stories of the 'one-vote wonder' or players getting their first career vote, but it's hard to top Greater Western Sydney ruckman Dawson Simpson. Nine years after making his debut for Geelong, 30-year-old Simpson raised a few eyebrows when he snuck a vote in the opening round flogging of Essendon. Lachie Whitfield polled three votes for his 30-touch game, while Stephen Coniglio kicked three goals among 31 disposals to pocket the two. Simpson's output? Well, he had eight disposals, 32 hitouts, three tackles and no goals (and the Giants lost the hitout and clearance counts). Sheesh.

RECAP The 2019 Brownlow Medal as it happened

Giant Dawson Simpson polled his first career vote against the Bombers in round one.

Nat Fyfe's night could not have gone any better. The Fremantle superstar won his second Brownlow Medal, racking up 33 votes to run away a comfortable victor in what was predicted to be a close count. In fact, he had it wrapped up with three rounds to go. Not only did Fyfe become just the 15th multiple winner, but he now holds the record for the highest average Brownlow votes per games played. Fyfe has chalked up 174 votes from 161 games (1.08/game). The only other man to average a vote for every game he played was Fitzroy's three-time winner Haydn Bunton, who polled 122 votes from 122 games.

He was ineligible to win this year and a surprise no-show at the count, but dual winner Gary Ablett went past another landmark. Ablett's 28 disposals and two goals in a round six rout of West Coast was good enough to earn the three votes from the umpires and make him the first man to past 250 career votes. He backed up with three the following week against Essendon and another two in round eight against North Melbourne. The Geelong champion finished with 13 votes for the evening and now has 261 for his career. The nearest current-day player is his teammate Patrick Dangerfield (209).

The Little Master starred again in 2019.

4. No one has ever started hotter than Patrick Cripps

After Carlton won just two matches in 2018 and Cripps still managed to poll 20 votes, he was one of the fancies for this year's medal, but no one could have predicted his white-hot start. Despite the Blues losing their first four matches, the monster midfielder polled 2-3-2-3 to jump to an early lead. When his 37 disposals (16 contested) and 11 clearances in a round five win over the Western Bulldogs was rewarded with another three, he'd raced to 13 votes through five rounds – the first player in history to hit that mark. He finished with 26 votes and equal third.

RED CARPET GALLERY Check out all the best photos

5. Dusty the top Tiger of all-time

Dustin Martin started the night needing just eight votes to surpass AFL legend Kevin Bartlett as the Richmond player to have polled the most Brownlow votes ever – he did it with ease. Although ineligible to win following his one-match suspension for a round three strike of Adam Kennedy, Martin came with a rush in the second half of the season to poll 23 votes.

BROWNLOW TRACKER Every vote, every round

It's no secret that being a key-position player makes it very very difficult to poll well. Ruckmen Brodie Grundy (23 and equal sixth) and Max Gawn (17 and equal 13th) again drew the umpires' attention, but you have to scroll a long way down the leaderboard to find a key forward or key defender. Coleman Medal winner Jeremy Cameron racked up 13 votes to finish equal 24th and after him it was Ben Brown, Jack Darling and James Sicily all sneaking into the top 50 with eight votes. Will a key-position player ever win again?

Geelong superstar Patrick Dangerfield didn't quite do enough to topple Nat Fyfe for the win, but he did get one-up on the Freo skipper elsewhere. Dangerfield's 32 disposals and one goal in round 17 earned him three votes against St Kilda, which completed his set of votes against all 18 clubs. There's only one other player to accomplish that feat – teammate Gary Ablett.

Patrick Dangerfield of the Cats and wife Mardi.

As part of the coverage, host broadcaster Channel Seven put together a tribute package for past players that had died in the last 12 months. In a year that included the deaths of Graham 'Polly' Farmer and more recently Danny Frawley, the package was well received. Melbourne ruckman Max Gawn noted an omission, tweeting: "U missed it @7AFL but we still love you and miss you @Real_ColSylvia" – a reference to former teammate Colin Sylvia who died in a car accident last October. 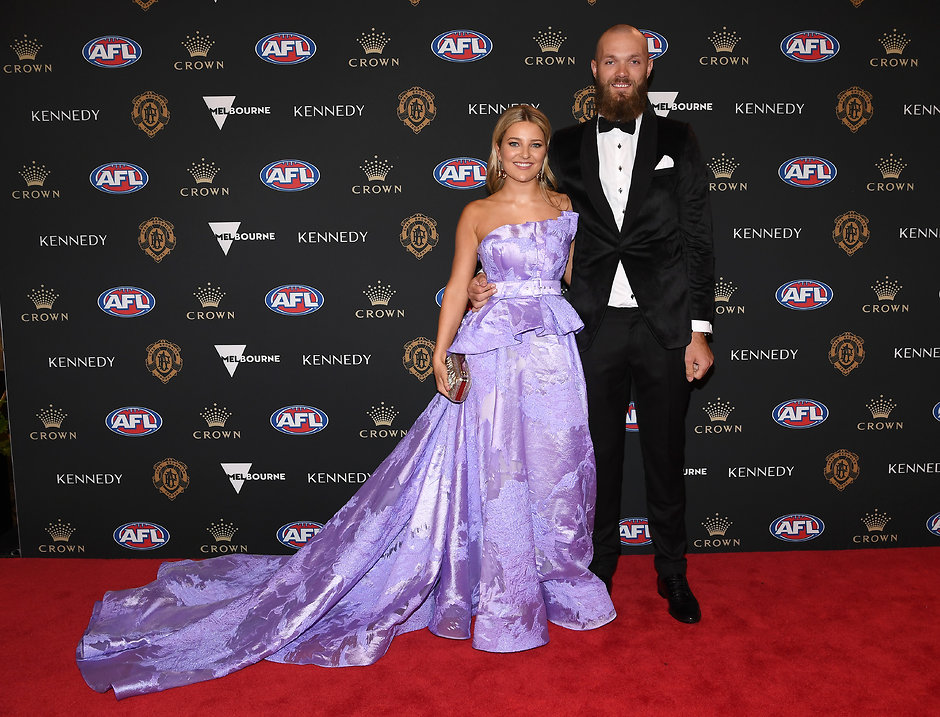 It shouldn't be a surprise, but if you win the most games, you generally poll the most votes, and it was no exception this year. Geelong and Brisbane, who finished first and second on percentage, were awarded 90 votes each. While Patrick Dangerfield (27) and Tim Kelly (24) stole votes off one another in the pursuit of Nat Fyfe, Brisbane's main man Lachie Neale (26) had players pinching votes from him left, right and centre. Skipper Dayne Zorko (19), Jarryd Lyons (13) and Charlie Cameron (11) were all prominent vote-winners. After the Cats and Lions it was Greater Western Sydney (84), Western Bulldogs (81) and Collingwood (81).

Only three players have ever polled maximum votes in five straight games – and West Coast's Elliot Yeo almost joined them. Yeo went on a tear from rounds seven to 10, racking up best-on-ground performances against Gold Coast, St Kilda, Melbourne and Adelaide in successive weeks to put him within sight of the record. However, 23 disposals and one goal against the Western Bulldogs in round 11 went unrewarded by the umpires and thus left Brent Harvey, Justin Madden and Chris Judd as the only players to grab three votes in five straight weeks.

BEST OF THE BEST Four times a charm for Eddie, Ryan flies high for big award 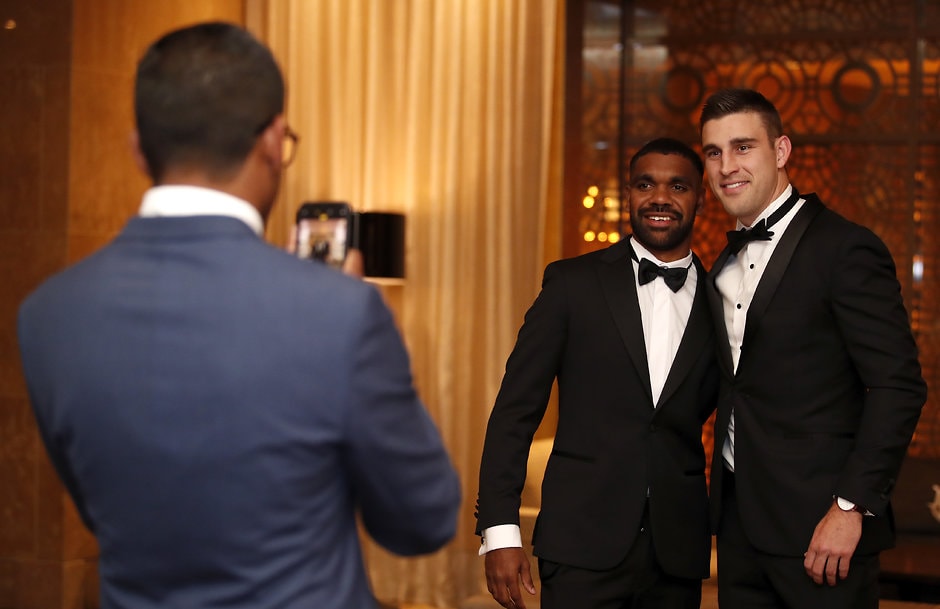