IT'S ONE of the great 10-year stretches in history.

Dustin Martin's career – which started 10 years ago on Wednesday – is becoming one of legend at Punt Road.

March 25, 2010. Martin, the No.3 pick from the 2009 NAB AFL Draft, debuts alongside Ben Nason and Relton Roberts in the yellow and black against Carlton in front of 72,010 for the season-opener at the MCG. 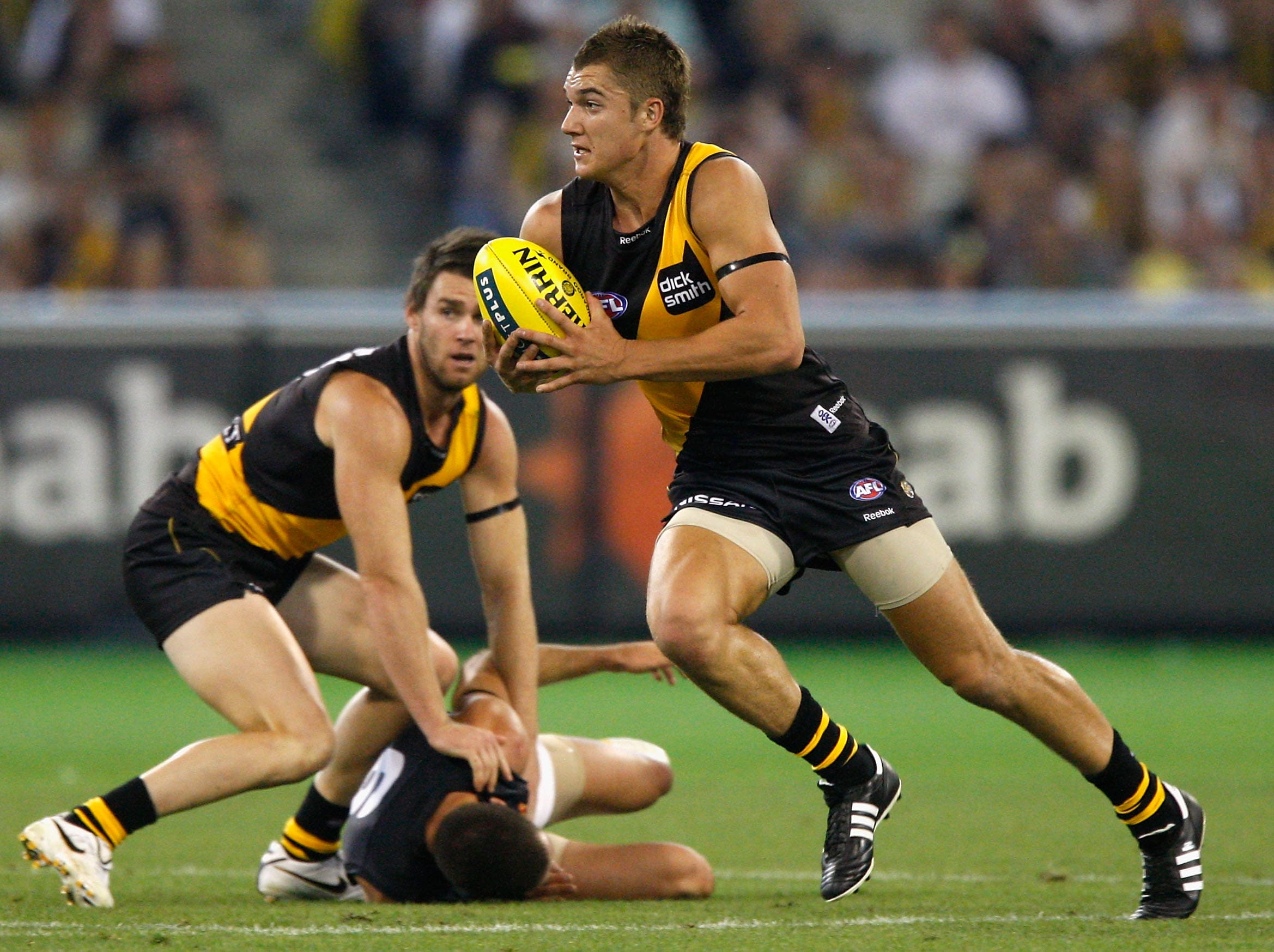 And like Cotchin, Martin was yet to claim his Brownlow Medal but ran out alongside 2005 winner Ben Cousins who was two years into life as a Tiger. Martin enjoyed a stellar debut season, finishing fourth in the club's Jack Dyer Medal but was ineligible in the NAB AFL Rising Star race won by Dan Hannebery due to suspension.

Four podium finishes in the club best and fairest followed from 2011-2015 before he won his first gong in 2016 – the same year he was All-Australian for the first time.

Since then he's exploded into one of the game's true superstars and will continue to deliver for the Tigers with five years to run on a contract that expires at the end of 2024.

Check out more images from Dusty's illustrious career below.