And fittingly, the make-up of the 2020 Toyota AFL Finals Series was left in the balance until the last quarter of the last game, when Port Adelaide prevailed against Collingwood to claim its fourth AFL minor premiership.

The Power's win shaped every game in the first week of the finals.

Port will host Geelong at Adelaide Oval in a qualifying final, while Brisbane hopes to reverse the result of its 2019 qualifying final against Richmond when those two teams meet at the Gabba again.

Meanwhile, Collingwood's loss means the Magpies will travel west to take on West Coast in an elimination final in Perth, while St Kilda and the Western Bulldogs will face off in a do-or-die final at a venue yet to be determined.

The eight finalists will take a well-earned break during the pre-finals bye weekend before the race for the flag begins on Thursday, October 1.

* The full week one fixture including dates, times and venues will be released later in the week 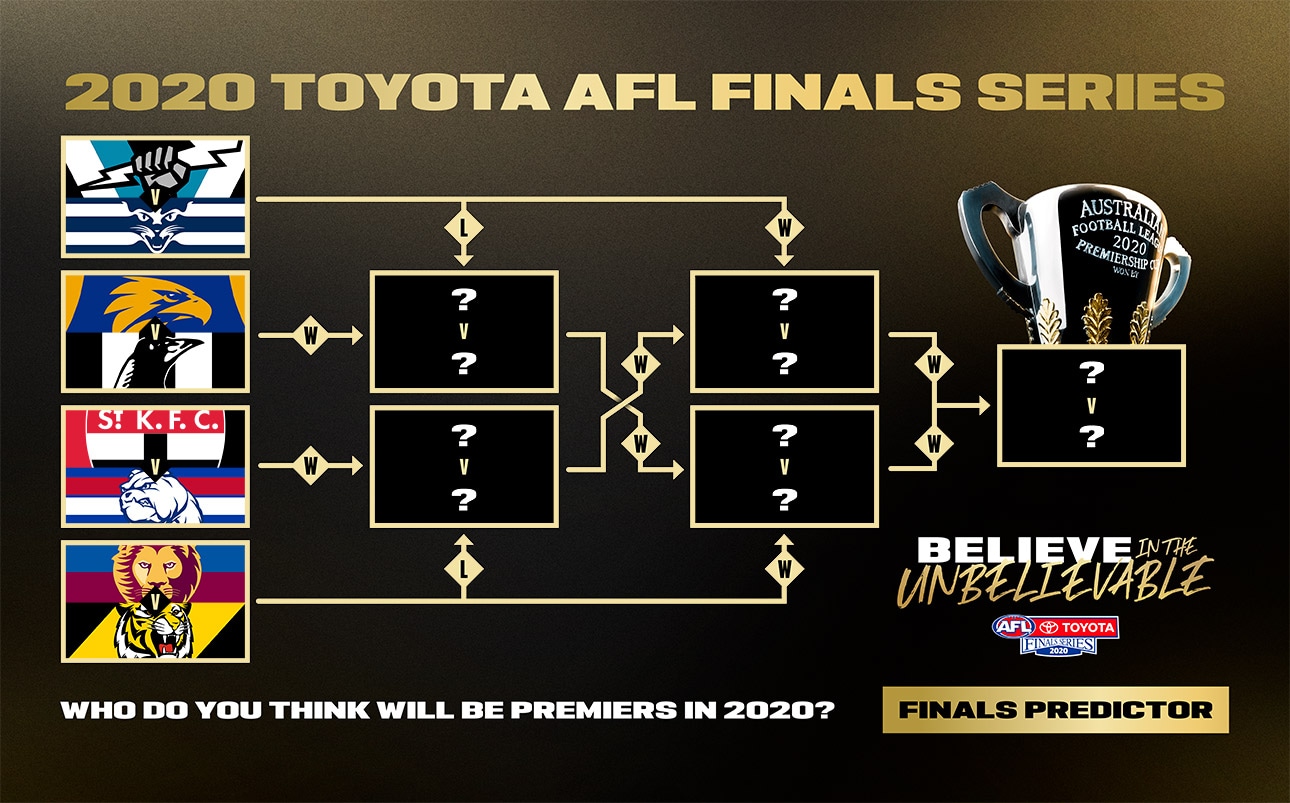