AFL FANTASY is open for 2021 with a raft of new features.

This year promises to be the biggest and best yet with one of the most exciting announcements we've ever had ...

You asked, we listened.

In 2021, all Fantasy Draft leagues will have the ability to customise more components of their entire league. From team sizes to points system to including additional stats categories and even having the option of becoming a Keeper League, we have put the power back in your hands to make your league everything you want it to be.

So what are the new features?

For the first time ever there will be a subscription available to Fantasy Draft leagues to unlock features. Some of these new features will be available free of charge, whilst others will be part of a subscription. 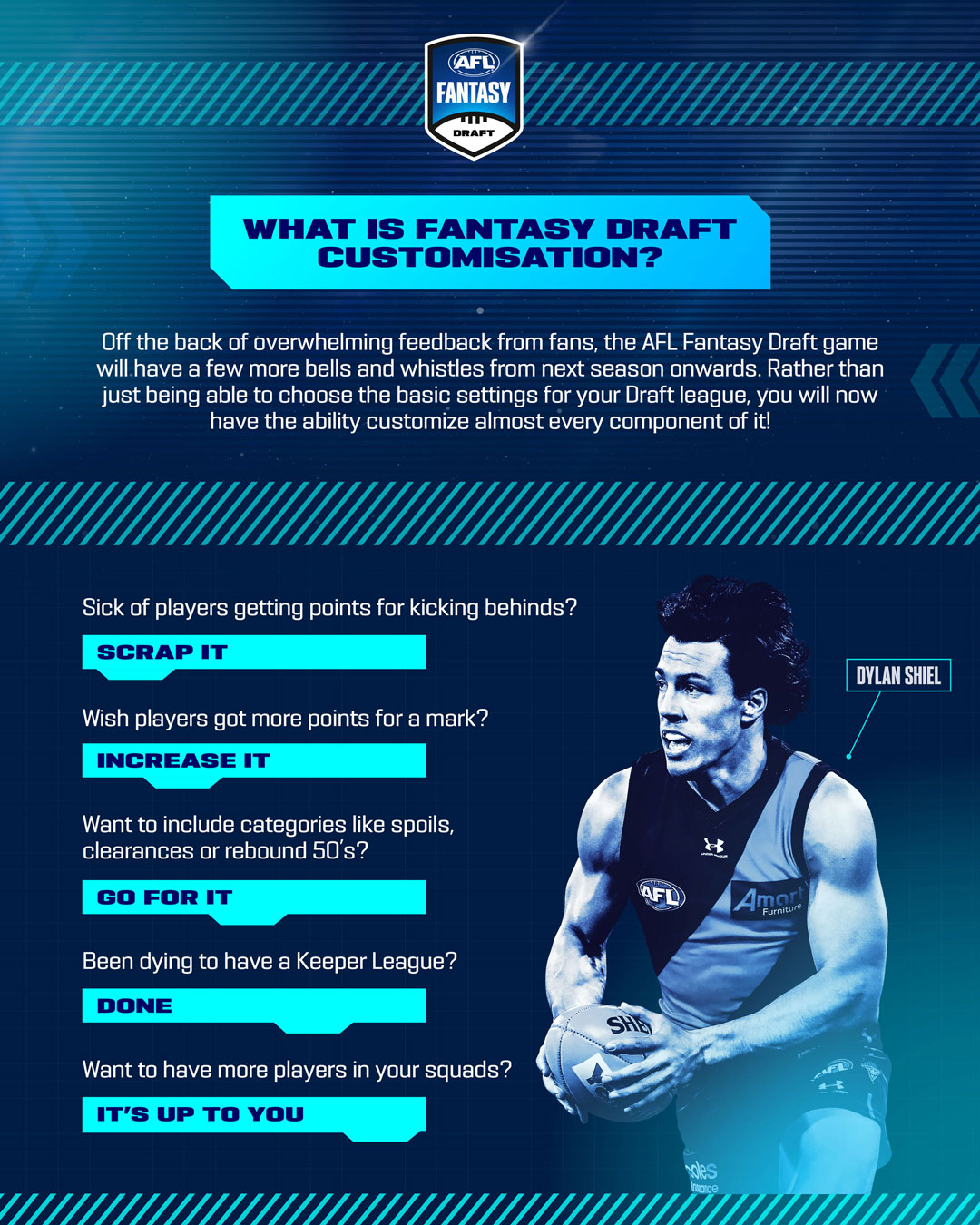 There will be two Fantasy Draft subscriptions available, but in 2021 only we will be offering Custom Scoring Advanced Stats and player season average projections free for all users. These features will fall under our Pro-Deluxe package so as a result this subscription won't be offered until the 2022 season.

PAID FEATURES (these features fall under the new Pro Lite subscription package. This can be purchased when creating your league for a cost of $29.99 per league. So if you have a 10 team league and want to split the cost per head, you're looking at $3 per person):

What are the stats categories available?

If you're getting tired of the basic stats on offer, you're in luck! Not only can you pick and choose any of the basic stats that you want to include, but we also have a range of new categories that you can include. And for the first time ever, you can decide how many points a player will earn for getting a kick, handball or even a clearance or spoil.

>> Every stat category has the option to be valued between the range of -10 to 20.

2020 was a tough season for all Fantasy coaches and we're excited to put all of that behind us and embark on bigger and better things from 2021 and beyond.

AFL Fantasy is open now and you can already register, create your league with the new settings available and have a play around. Right now it is open on fantasy.afl.com.au only with the AFL Live Official App launching at some point later in January. Live Drafts can be scheduled but won't be available until mid-February but there's a lot to digest between now and then.

Why the Tigers' twin ruck option should roll on in 2020