NUMBER one draft picks are held to a higher standard than most – and that's certainly true of Brisbane powerhouse Cam Rayner.

Rayner has seen plenty in his first two seasons with the Lions, and with his mix of match-turning skills and happy-go-lucky nature is perhaps the club's most polarising player among its supporters.

He's featured in all 46 games since his debut and kicked 40 goals – not bad for someone playing the tricky half-forward role where you're never the primary target or the first crumber on hand, but still expected to contribute.

But so inconsistent was Rayner's form in 2019, even coach Chris Fagan admitted publicly he was close to dropping the ever-smiling forward.

Speaking to AFL.com.au at the Lions' training camp in Hobart, Rayner said he was aware of the external fascination surrounding his development and wanted to progress from a bit-part player to someone consistently impacting games.

This might end up being one of the most entertaining plays of the year!#AFLLionsHawks pic.twitter.com/gbw4UeZY2L

He showed glimpses in both of Brisbane's finals losses that he was capable of grabbing a big game by the throat.

Rayner came back from his first off-season late in 2018 in less-than-ideal shape and made a conscious effort to ensure there would be no repeat this time around.

After dropping six kilograms midway through last season, he shed another four kilograms during the off-season before reporting for training in mid-November.

Rayner is noticeably leaner than the young man who finished last season.

Entering his third season, he wants to leave no stone unturned.

"I'm a lot more mature I'd say, a lot more careful with what I eat," Rayner said.

"I'd say me and Witho (housemate Alex Witherden) have matured a lot together, we're not [ordering] Uber Eats every night, we're cooking dinners. I've probably just trimmed off the puppy fat, you could say.

"I'd say the maturity levels have jumped a lot since I got drafted.

"When I went back in my first off-season in Melbourne, you've got 100 people you want to catch up with, everyone wants to have a beer. That's the right thing to do, you want to come back and see everyone.

"One thing I wanted to focus on (this time) was not doing that as much.

OUR MOCK TEAMS AFL.com.au's picks for Vic v All Stars

"I've tried to make sure I catch up with everyone at the same time, maybe catch up for a lunch or even a run, doing something. It's a learning curve.

"When I went back the first year, I probably wasn't doing the running to the best of my ability, kind of just doing it for the sake of doing it.

"Last year I was probably chasing all pre-season. I've really set myself up to have a good crack this time."

Rayner now tips the scales at 90 kilograms, a mark he hasn't seen since the under-17s.

Ultimately, his weight and his improved running are just markers, but they're evidence of a young man who shows more desire to succeed – and live up to the hype.

WATCH Who is the best player of the decade?

Rayner is the type of player who can help take Brisbane from a finals exit to one battling for top four and beyond.

And he knows it.

"I've been lucky that Fages has put the trust in me to play these first two years and get my head around what AFL footy's about," he said. 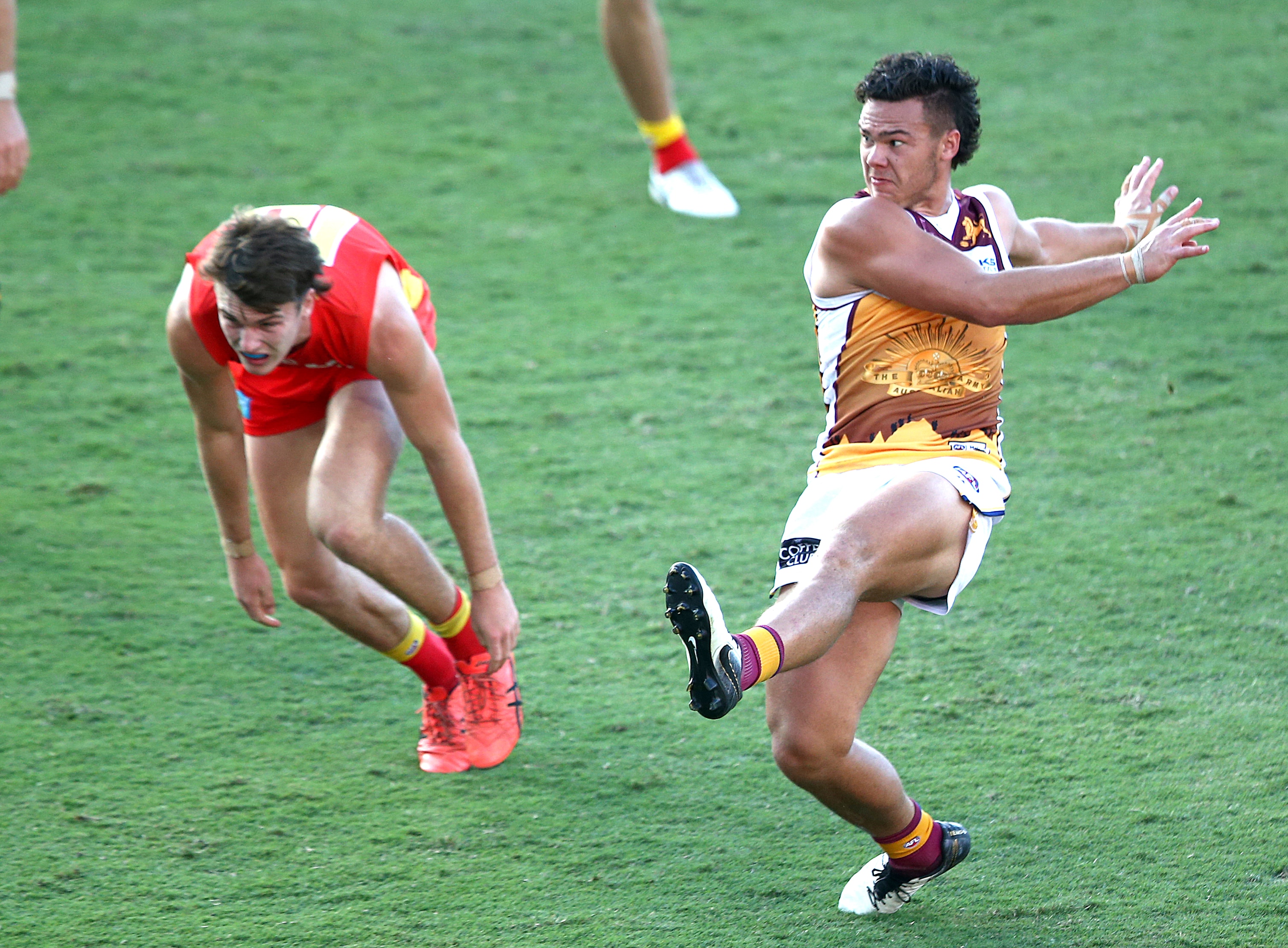 "Going into my third year I feel like I can have a red-hot crack.

"(Almost being dropped) probably was a little kick up the butt, but it was good, everything happens for a reason and you learn from it.

"It wasn't deflating, but you sit back and wonder why things didn't happen. I realised I hadn't been putting my best foot forward.

"I want to go from a player that's out there to help a team and chip in, to someone that can really impact the game and help my teammates out. I want to take that next step."

Up Next Running man: How Power youngster is trying to avoid second-year blues
Why not share?
Share This Article
Video
Viewed

Representing Australia, motherhood, the power of saying no with Bianca…