NINE of the top 10 from last year's Brownlow Medal count, including winner Nat Fyfe, will take to the field in a star-studded State of Origin bushfire relief fundraiser at Marvel Stadium next Friday night.

>> CHECK OUT THE FULL SQUADS BELOW

The only player in the top 10 in last year's Brownlow Medal count who won't be involved is West Coast marquee recruit Tim Kelly, who is being managed.

Grand Finalists Richmond and Greater Western Sydney will have the biggest representation with six players each across the two teams.

Martin will be joined in the Victorian side by fellow Tigers Bachar Houli, Trent Cotchin and Tom Lynch, while Shane Edwards and Jack Riewoldt will represent the All-Stars.

Victorian coach Damien Hardwick and All Stars counterpart John Longmire agreed to ditch the original stipulation of having a maximum of three players from each AFL club to allow the best players in the competition to be involved.

A handful of big stars, including Max Gawn, Lance Franklin, Joel Selwood and Jeremy McGovern, were unavailable due to injury.

Returning Hawthorn midfielder Tom Mitchell, the 2018 Brownlow medallist, has also been ruled out of the game in his comeback from a badly broken leg that forced him to miss last season.

The State of Origin match will raise money to boost a Community Relief Fund set up by the AFL to help rebuild football facilities ripped apart by the devastating bushfires.

The AFLW match between Collingwood and Melbourne will be played as the first part of a double-header before the State of Origin game.

It's the first game of its kind since the 2008 Hall of Fame Tribute Match that saw Victoria beat the Dream Team by 17 points in front of 69,294 fans at the MCG. 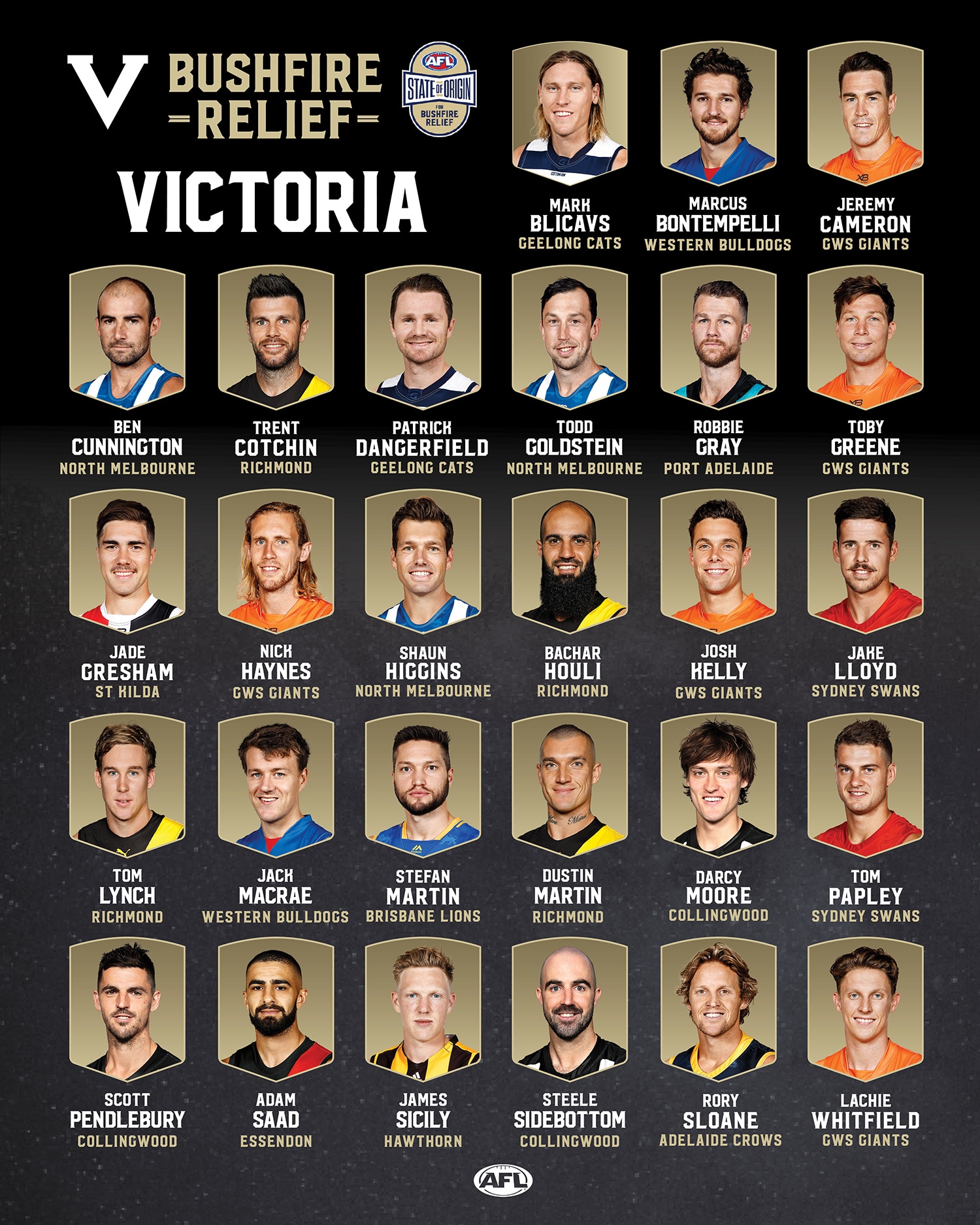 Ex-Sun set to miss Roos' Marsh opener with back issue