THERE are the highly rated talents like Jason Horne and Nick Daicos who have entered their draft season and lived up to expectations.

There are the surprises, like Finn Callaghan, Mac Andrew and Josh Gibcus, who have rocketed into top-10 considerations due to exciting openings to the season.

Then there are overagers Jacob Edwards and Cody Raak, who are eligible for the mid-season rookie draft in June after being overlooked in last year's intake but whose form warrants being in this side.

Welcome to the rolling NAB AFL Draft Team of the Year, which will be updated every week for the rest of the season as this year's draft class continues to show its wares across the country.

AFL.com.au will put a spotlight on weekly changes, looking at the players who have pushed themselves into the side and those who may have dropped out, while highlighting the consistent showings of prospects who have held their positions in the 22.

The first line-up consists of 12 Victorian players, seven from South Australia, two from Western Australia and one from the northern states.

Two father-sons start in the side – potential No.1 pick Daicos and Sam Darcy, who shapes as a possible top-five selection and is tied to the Western Bulldogs where his father Luke is a club great.

Amongst the Academy talents who have made the side are Blayne O'Loughlin and Isaiah Dudley, who are both tied to Adelaide's Next Generation Academy, ruckman Andrew, who is linked to Melbourne's NGA, and Greater Western Sydney Academy product Josh Fahey.

If Raak is not selected at the mid-season intake, where key forward Edwards is expected to be the top pick once he nominates, then the Dogs will get first call on the NGA prospect at the end-of-year draft in November.

Callaghan and Gibcus have both pushed themselves right into the mix as early pick contenders, while Tyler Sonsie's performance at VFL level recently highlighted his traits. 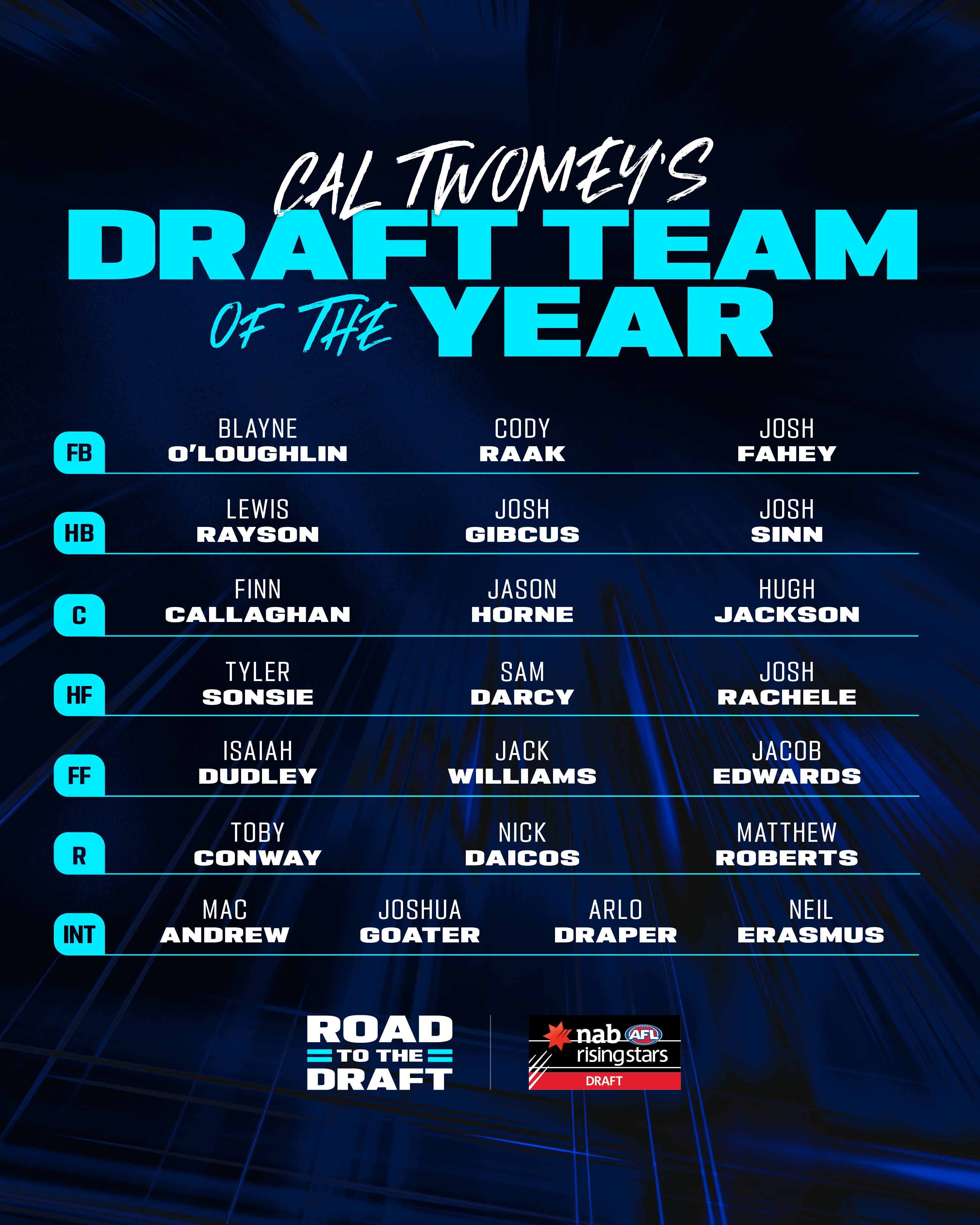 A 'dangerous' assignment: How key Lion prepared for menacing Tiger

Harris Andrews v Tom Lynch. It's one of the key match-ups that will go a long way to determining the winner of Friday night's blockbuster