ESSENDON young gun Andrew McGrath has capped his third straight selection in the AFL Players' Association 22under22 side by being named captain of the illustrious team for the 2020 season.

McGrath and Jacob Weitering are the only players to earn their third selections in the side, which celebrates the League's best young players under the age of 22, with the Carlton defender named vice-captain behind his Essendon counterpart.

"It's a huge honour to make this side alongside so many great young players in our competition," McGrath said.

"To see the impact these players have throughout the season is inspiring and a real look into the future of our game. 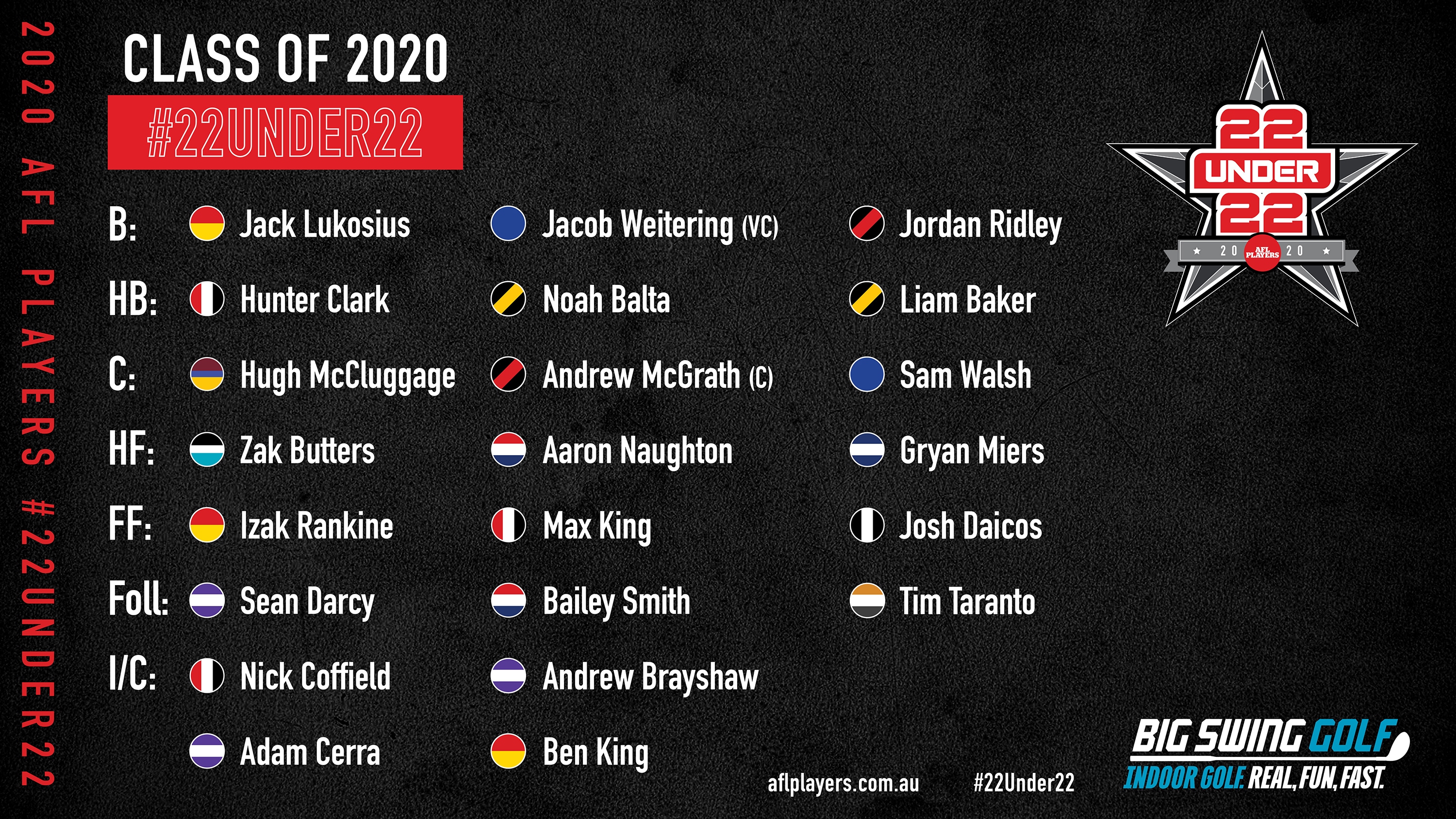 "Being recognised as captain is also a proud moment with so many outstanding young leaders among this group and I can’t wait to see how they develop as people and players in the coming years."

Gold Coast, St Kilda and Fremantle are the only teams with three players represented in the team, with the Saints celebrating their first finals appearance in nine years with the inclusions of Hunter Clark, Max King and Nick Coffield.

The Suns had a record eight players selected in the 40-man squad earlier this month, with Jack Lukosius, Izak Rankine and Ben King ultimately named in the final side on Tuesday afternoon.

The Dockers are represented by Sean Darcy, Andrew Brayshaw and Adam Cerra.

The 40-man squad was selected by the AFLPA board, with the final team voted on by fans over the last fortnight.

A total of 12 teams are represented in the final side, with Adelaide, Hawthorn, Melbourne, North Melbourne, Sydney and West Coast the only teams in the competition without a player featured.