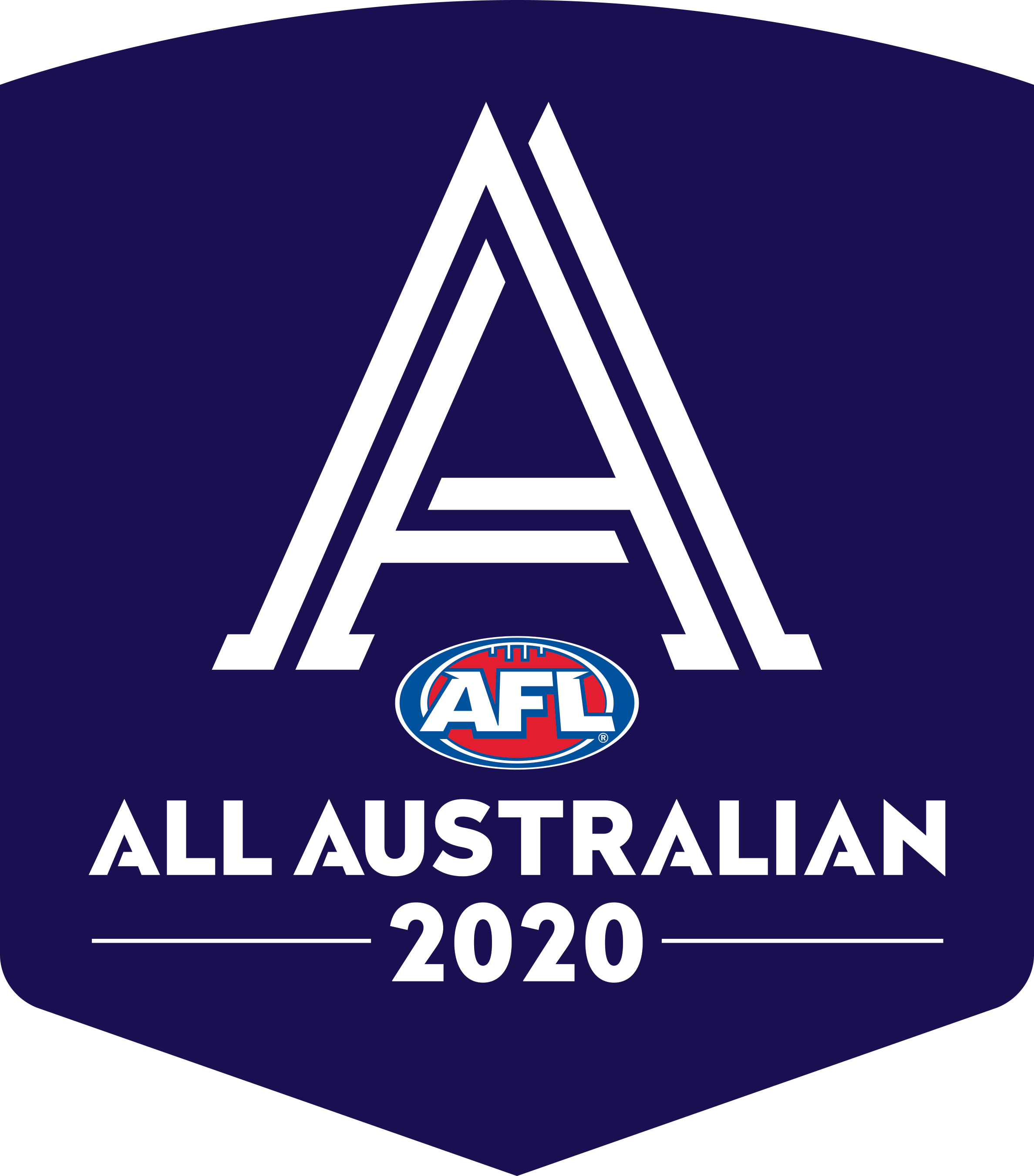 Dangerfield became just the sixth player in history to be named in eight All-Australian sides on Thursday night, marking the landmark occasion by his selection as captain for the first time in his career.

AA SQUAD OF 40 Who's in, shock omissions, three clubs miss

Port Adelaide veteran Travis Boak was named vice-captain, with the Power among four clubs – as well as Geelong, West Coast and the Western Bulldogs – to have an equal-high three players each selected in the team.

There are five debutants in the starting backline, with Darcy Moore, Brad Sheppard, Luke Ryan, Nick Haynes and Darcy Byrne-Jones all receiving their maiden blazers. Fellow defender and first-time All-Australian Caleb Daniel was named on the bench.

Charlie Dixon and Liam Ryan are both included in the forward line for the first time in their careers, while midfielders Christian Petracca, Cam Guthrie, Jack Steele and Taylor Adams also receive their maiden All-Australian inclusions.

Two ruckmen are named, with both Nic Naitanui and Max Gawn selected in the team, while the starting forward line features midfield options including Dangerfield, Dustin Martin and Marcus Bontempelli. 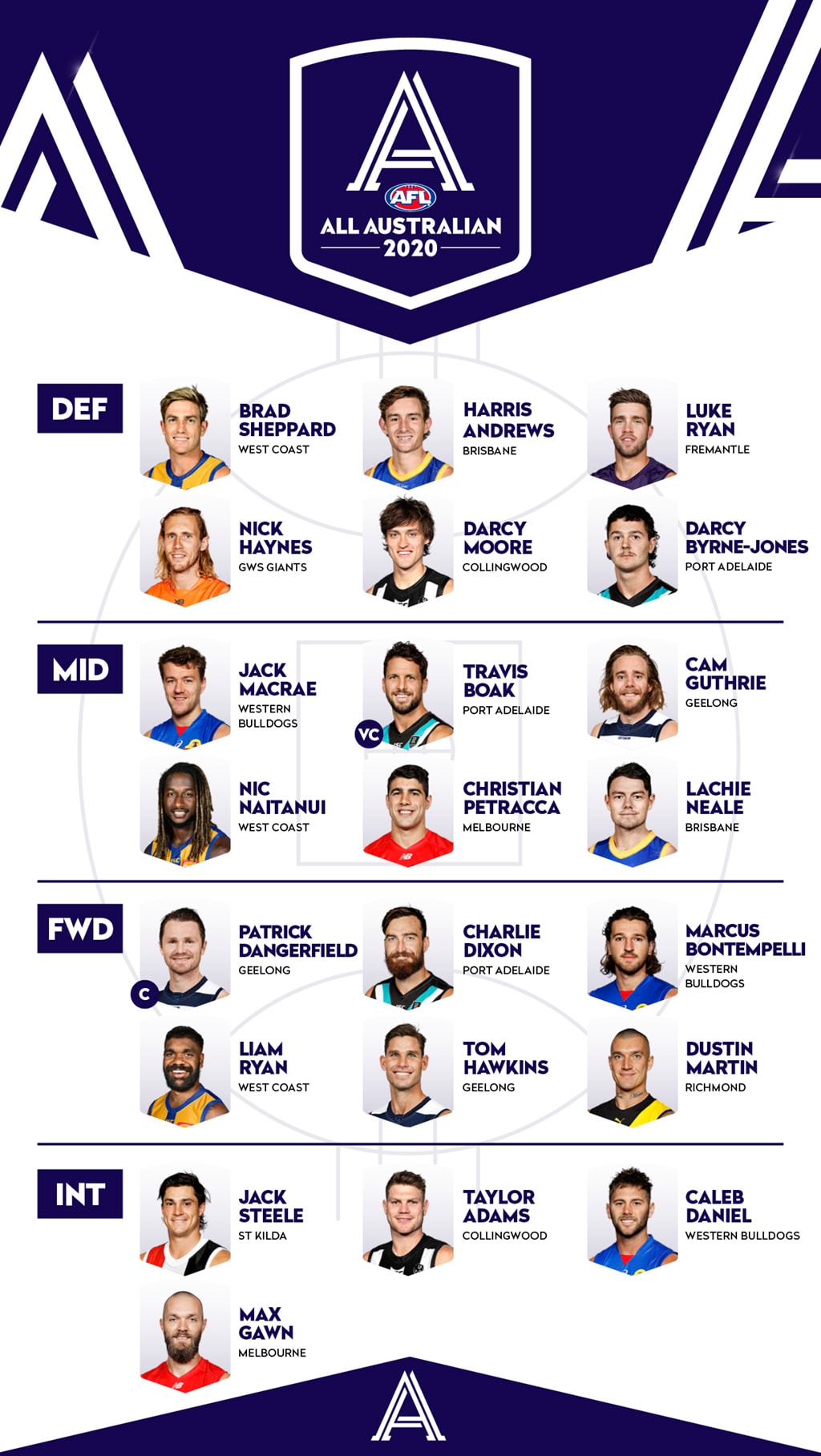 Named vice-captain in 2018, Dangerfield now has a captaincy blazer to add to his collection, honoured for a season where he finished top-10 in the League for goal assists, contested possessions, score involvements and metres gained with a spot at half-forward.

"It's very humbling … I'm lost for words, to be honest," Dangerfield said of the captaincy.

"It's very, very special. Not in my wildest dreams, when I was first drafted, could I have imagined something quite like this. You dream about it, but for it to come to fruition … it's really special.

"It's something that I'm very proud of, especially when you look at the calibre of players and people that are involved in this year's team."