JOIN in the fun and challenge of coaching your own team for a chance to win huge prizes.

We might be the middle of summer, but footy is back. AFL Fantasy has launched for 2020 and fans can get set for another fun year of coaching their virtual teams.

There is more than $130,000 worth of cash and prizes up for grabs but for many coaches, the bragging rights that comes with being a league champion is priceless.

Registering to play is easy. Head to fantasy.afl.com.au and you'll be up and running in no time.

If you register before March 1, you go into the draw to win one of two $500 AFL Travel vouchers or one of two MCG corporate suite, fully-catered for 16 guests.

Regenerate your leagues, get your mates involved and start preparing for the upcoming season.

Embrace the challenge of fitting your team under the salary cap with a mix of premiums, mid-priced players and potential cash cows. Once you’ve picked your team, you can make unlimited changes until round one starts.

An exciting improvement to the game this season is the introduction of a utility bench position.

Often the second bench ruck spot was never used. Now, coaches have the choice what they do with their eighth player on the bench.

The coach who scores the most points across the season will win a Toyota Hilux 4x4 SR5 2.8L Turbo Diesel Auto valued at $62,217. They’ll also win a Grand Final package and an AFL Live Pass for their efforts.

There are prizes for the top 100 coaches at the end of the season as well as weekly prize winners. 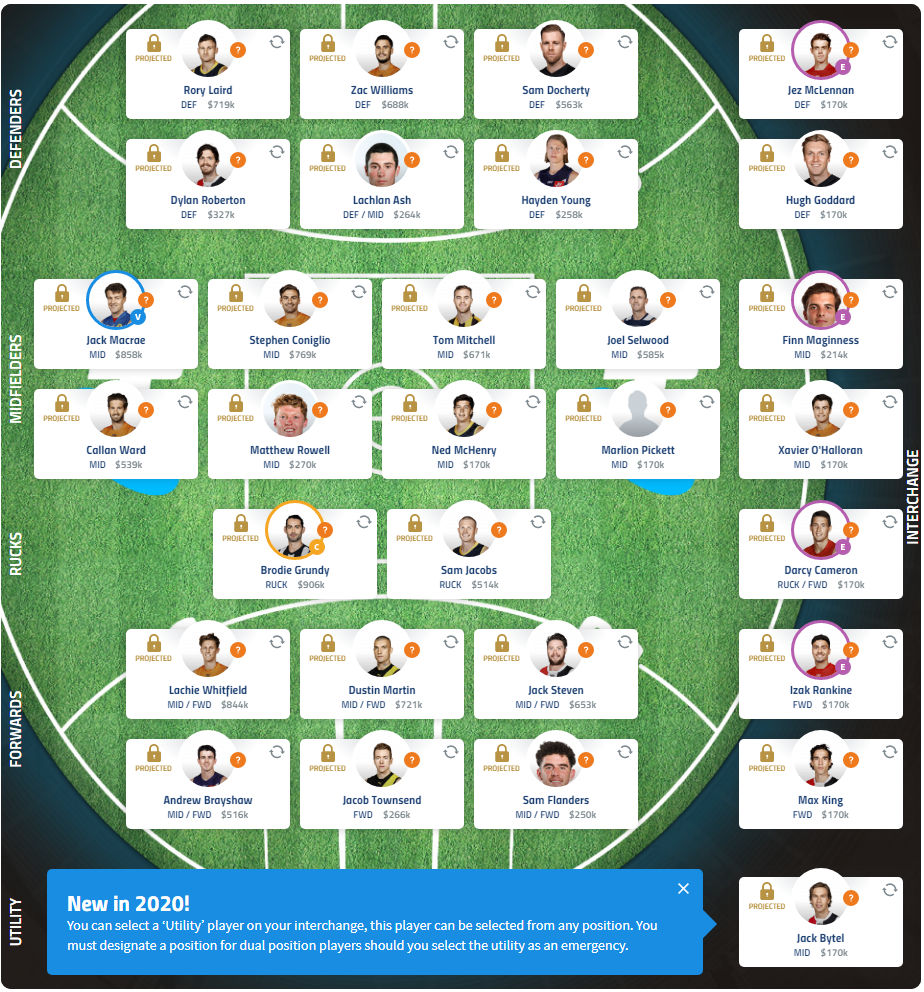 Although in Fantasy Classic you can select any player you wish, as long as they fit under the salary cap, in Fantasy Draft, no team in your league will be the same.

Commissioners can get their Fantasy Draft leagues set up in readiness for an exciting live draft.

There is a range of settings so you can play how you would like.

Choose how many coaches are in your league, how many players are selected, gameplay settings such as whether you have captains, emergencies and a rolling lockout, and more.

Lock in a day that you can get your league together to complete your draft. Many leagues choose to hold this on the eve of round one, the weekend of 14-15 March.

Draft day is the highlight of the year for many coaches as all league members take it in turns to pick players to build their squad. Once the league has been created, you can edit the pre-draft ranks to help make selections on draft day easier.

You can tinker with your pre-draft rankings up to and throughout your live draft.

Register now for another fun season for your chance to win heaps of great prizes and the ultimate bragging rights! pic.twitter.com/Pd3Bnv7umx

Our resident Fantasy experts, The Traders, have been doing some of the heavy lifting this pre-season to help you pick your initial teams. Read the 18 club-by-club season previews and listen to the podcasts as Roy, Calvin and Warnie try to find the selections that may help you have a successful year.